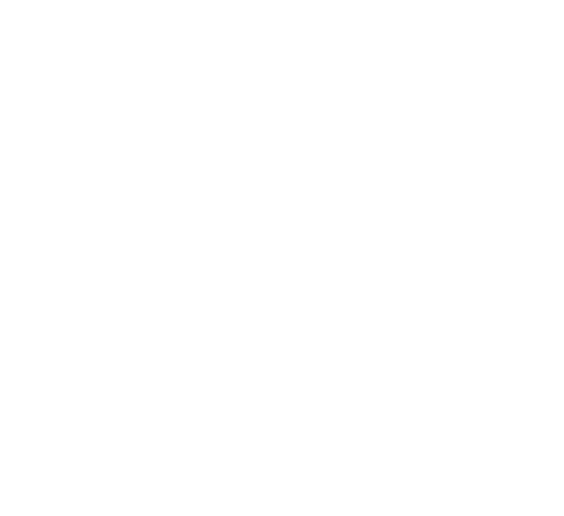 N, Novosibirsk
32 years old
Do you remember your childhood?

Yes. My parents were divorced. I was raised by my grandparents. Well, I haven't seen my mother in more than 15 years. She just showed up 2 years ago. And I stopped communicating with my father 4 years ago. Well, I was in contact, because I lived with my grandparents on my father's side, and 4 years ago I stopped. The reason was that I went to a psychiatric hospital 4 years ago and after that, when he came there, he behaved a little inappropriately, and after that I didn't want to communicate with him. This is the first reason, and the second - he found out about my sexual orientation.

Have you ever come out?

No, I haven't. But if people ask me what my sexual orientation is, I answer honestly.

What is your relationship with your mother?

When she showed up 2 years ago, I talked to her a little bit… And just six months ago, I told her that I would not communicate with her, because we are different people, plus we have completely different moral standards. I haven't seen this person in 15 years! How can I communicate with a stranger? She was busy with her life. At that time, she was married 4 times. We have 4 children in our family and I am the eldest... she left us all. She is such a sort of person. She led a wild life and now continues. She has been suffering from alcoholism for more than 7 years. I saw this, and I told this person that if you want to continue communicating with me, then stop drinking alcohol, because I do not use alcohol at all, and this moment is unpleasant for me. But this person told me that she is an adult and that she decides what to do. That's it…

How did you become aware of your sexual orientation?

Well, I've known who I was since I was a kid... The only thing is that before I was 26, I was married twice and tried to somehow isolate myself from this, I was ashamed of my orientation. And at one time I realized it, but I was still ashamed… And I realized that I was falling even more into the abyss, because after graduation… I was already divorced and then I had another wedding. I was heavily using drugs and alcohol at that time. Just because of this. Plus, I've become addicted over time. As a result, I went to a psychiatric clinic for help and worked with a psychiatrist, talking about my problems.

So you went to a psychiatrist because of your sexual orientation and drug problem?

There were drug problems... I started seeing hallucinations. And then, when the specialists started working with me, they tested me… One doctor, I remember, explained to me that I should be sincere with them and then, perhaps, they will understand my problem and find the solutions. And I was sincere, and then I was told at the end, when I had already passed the expertise, that this was my illness, in fact… This is such a strange behavior of the individual. That's what they linked everything to… my orientation.

Do you remember your first love? How did the first relationship develop?

Yes. I was 13 years old. In the end, there was a lynching of me. My grandparents have a dacha where I liked to spend time. We had a neighbor, a guy who was 4 years older than me. And I liked him. Well, it turned out that I liked him. And he understood that, by the way… In the beginning, it was a secret, I didn't tell anyone about it. Then, we had a sexual act, and everyone found out about it from him. That was in the ' 90s. Everyone was not loyal to it, and he protected himself… He was both a victim and a hero, boasting who he has found. Well, because of this, there was lynching. And it was a specific lynching that a lot of guys came. Almost armed with pitchforks and rakes. Because of that a 13-year-old child is like this…

Over time, of course, everyone grew up and all this was forgotten… And now sometimes I see, he comes to the dacha, walks with his children and sees me sometimes… But we don't greet each over.
Have you ever been forced to fight?

Well, lynching… This isn't a fight. It's when you get beaten up. There was a crowd of 15-20 people and they dealt with me harshly.

Can you tell about relationships with your friends?

Well ... I don't really have any friends. Well, I used to have friends, but after I completely changed… My friends saw that I was changing a lot, and they thought I must be crazy because they found out, especially in my old job, where I was a civil servant.

I have two degrees… One is related to public service, and the second is creative. I had a very good position after my graduation. And for all the civil servants, I was such a black spot that even... how to say ... you know like in "Harry Potter", the wizard who cannot be named? I was like this. And all my colleagues... even sometimes when I come on a professional festival, such a reaction is still as if I have never been there. Haven't participated, haven't served, or something…

Do your grandparents know about your sexual orientation?

Yes, they do. They don't care. As long as I don't... they saw when I was really hooked on drugs and that something was really wrong with me... and when I got into this situation and all… in which condition I was... and they saw the whole thing. And now they are just glad that everything was over. That I work where I want and do what I want. I live in harmony with myself and don't even borrow money from anyone.

And what about your relationships with society?

That's okay. For example, at work, in general, people are adults, we do not like to talk about our intimate relationships at all. A person comes to work to do his work, not to discuss who he is sleeping with. And this even is not interesting to anyone. Sometimes we talk about hobbies… You can talk about weapons or cars… That's all. But not about who lives with whom… It is not customary to talk about it.

Do you have any fears related to your orientation and the society? Or concerning to the future?

Well, I can say that for me homophobia is… There are bad people and good people. There is an adequate person and an inadequate one. For me, it may be scary to turn out in an elevator with an inadequate person… There can be some degenerate with a knife… For me, this is fear, yes... Or to go out on the street and meet such inadequate people there… Except that, I have no such of fear.

How do you think it would be easier for you to live somewhere in Europe instead of Russia?

Well, I lived. It's happened before… in Sweden. Three months. Well, in South Korea, too - 4 months. And even in such a strict country as Iran I lived a year. I've had that experience. But, to be honest, I didn't see much difference… The only thing is the difference in salaries. The difference in social terms… And so, basically, there is no difference… There are rich and poor people everywhere… There are inadequate and adequate people everywhere. This is already, I think, some kind of psychological condition of a person… For instance, if a person is weak, it will be bad for him everywhere, wherever you stick him up... Even in Sweden it would be bad, even where. I've met people like that. And in Sweden I met Russians who are uncomfortable in Sweden. I met Russians who are not happy in Korea… Although in Korea, the salaries are as high as in Sweden. I told him – "Dude, you have a residence permit!" At that time, I had a simple visa, I came to study… And he had a residence permit, which was really difficult to get. He could officially work everywhere! And just a few steps and he would even get citizenship in Sweden. And he feels bad there! He says it's bad. And I say, what's wrong? And he says there he has to divide his garbage, to stand at the bus stop… That's bad for him! And I advised him - then you go back to Russia! Well, just such a person... and when I met just such people everywhere, I realized that they are just such people.
Did you have internal homophobia and how did you try to deal with it?

Well, with the help of alcohol… Trying to forget… When we drink alcohol or use drugs, the happiness hormone is released, yeah… That's it, and I forgot myself at this moment. Then you know it turned into an addiction. And I am lucky I didn't have such a strong addiction to alcohol and drugs. But I was right on the edge of a precipice, a social pit.

Have you ever faced with homophobia from society?

On the Internet, yes. Almost every day. In real life, well ... there was no such a thing. I work in such a company, well, it is not accepted to talk about it... Well, sometimes of course it slips, and they know my orientation at work… But such a thing like... no. There is really peaceful.

What kind of relationships did you have and still have with your peers?

Well, neutral. Just like talk about the weather and that's it. Everyone lives their own life.

What is your life filled with now?

Mostly work, my hobbies... that's all.

Do you have a love life?

So mostly work and hobbies?

Can you tell more about your hobbies?

My hobby is American cars, such as Ford, Mustang, Dodge… Plus collecting vintage clocks. Then the theme of the October revolution… Well, I like to collect such antiques.

What would you like to change in your life? Are there such things?

Well, be more reserved. I have a feeling that sometimes I am led to provocation, and then some negativity begins… Well, because I'm such a hot-tempered person. Especially at work. So I want to learn to be discreet.

What would you like to say to other representatives of the LGBT community in Russia and Germany?

Just live happily and all! Don't fixate on your problems! As many people are, they begin to fixate themselves, but in fact - what is the problem? It seems to me that a person invents a problem for himself. The problem is either really exists, or, it seems to me, these are intrapsychological fixations.

Looking back on your life, how would you describe it?

Ordinary life... I can even use a Muslim term – Jihad - a struggle against yourself…


Interviewed by Annalis Gerber
November 2020
To contact us:
E-mail: Worldsvoices2020@gmail.com